Plot: RION is a famous cosplayer who holds photography events for the fans in exchange of top dollar. The sticky nerds then photograph RION in some lewd non-nude gestures, while she wears cute cosplay. She only does it the money and she hates these fans.

One day, after a photo-session is over, one of the fans overhears RION talking smack about them. This fan gets pissed off and manages to secretly follow RION to her house where he breaks in and decides to blackmail her. Converting her into a sex pet, and later on allowing the nerdy friends to join the blackmail scheme.

There are a few funny moments on the video, and arguably she looks super hot. Especially in the Kimono scene, all the cosplay costumes were decent. But mainly Rion (the actress) seems braindead… I mean, I have seen plenty of bad acting in JAV, but this tops it all. She started laughing while she was getting blackmailed. She hardly could babble her lines without laughing. Even more surprising is that the director decided that scene was good enough and didn’t require a do-over. So, okay.

SSNI-290 ended up being RION goodbye video… which is a shame.

Support for the translator can be done here. 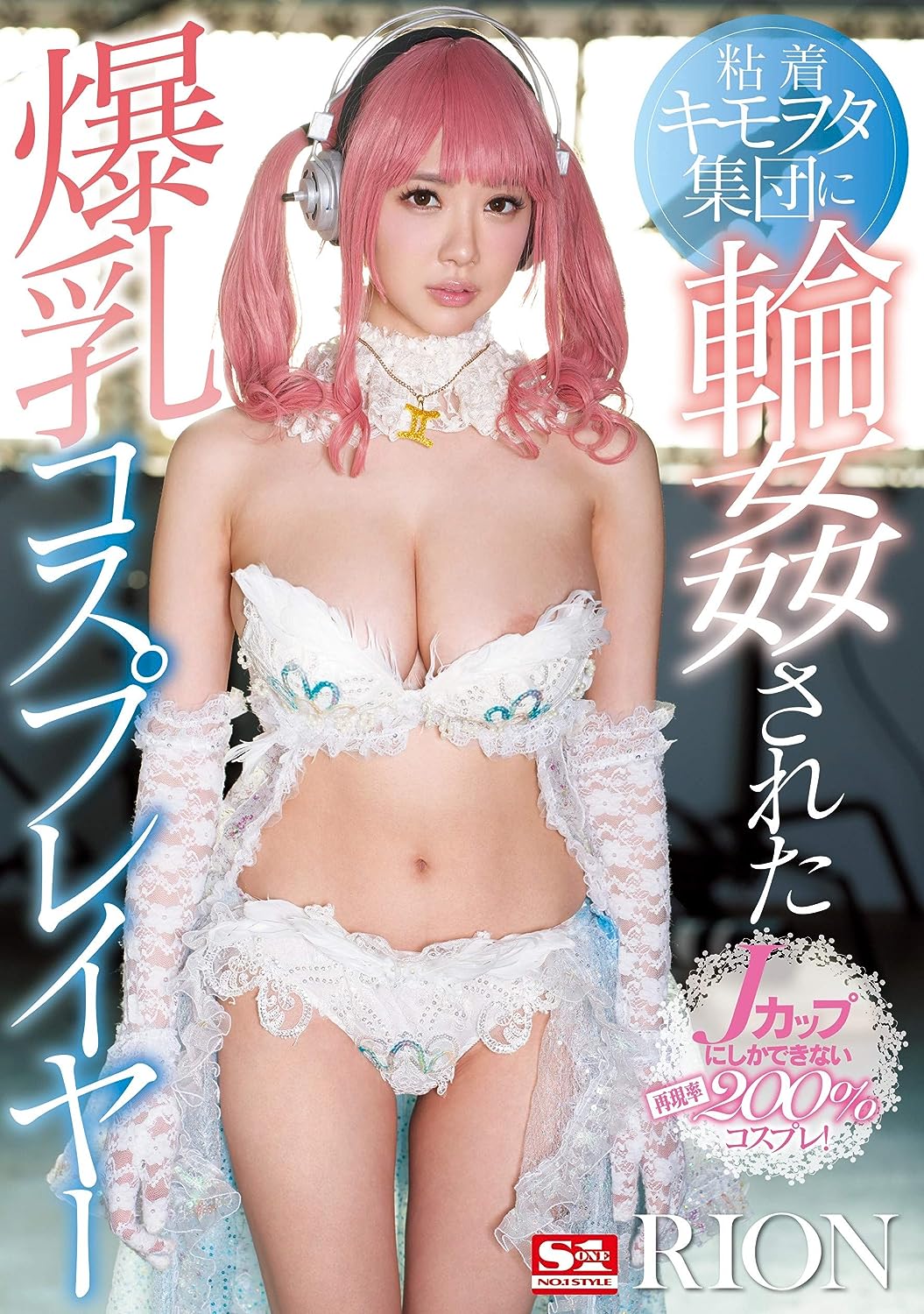 This isn’t a site for safe-for-work content. And if you want the translator to do more subs, you should consider a donation, given that you get all of this for free.

Why would you say “this isn’t a site safe for work” what are you talking about dude? or have i miss-understood ??!!

i agree i think same you !! please admin

Nice work. Thank you for this one

btw, could you translate MIMK-020 (Incest Mother Sister W Azumi Kinoshita Okita Anzunashi),
i thinks this one has great story.

Will she ever come back?

Hope Rion returns after a year or so. Her retirement doesn’t make sense. Is she getting married?

“But mainly Rion (the actress) … could babble her lines without laughing. SSNI-290 ended up being RION goodbye video… which is a shame.”

I knows fans love the tearful retirement videos, but I kinda respect an actress who doesn’t give a fuck on her way out the door.

She did give a fuck and apologize but it was too late. They were tired of her antics. The Administer say correctly, she a brain-dead actress any ways.

when did rion apologize? can you explain? is there more news about her?

The Administer writes a very good blog about news in the JAV industry and he wrote extensively about RION and many actresses before. I think you can find it there.

And I forget to say I agree with you. I don’t like the retirement video except Ai Uhera. I think Rion was fired and hence, no retirement.

The best part of your site is the Eng-Sub’s…but I gotta tell you that the “Sunshine, lollipops and rainbows” bent of your video selections is getting a little old. The last good (actually GREAT) translation was over 3 months ago… IPZ-508…a great example of a meaty drama with solid acting and a kick-ass story line. It’s your site and you are the one putting in ALL of the effort. But would you please consider blending a little bit of raw drama into the overload of cuteness.

I disagree, the last dozen or more subs by the Administer has many variety from NTR to Incest. And he has translated them to the highest quality you will find anywhere.

Hi bakayoro, please check Jux-511 married tight skirt and could you make sub for it? It’s really a good movie.

how old is rion? and what is her height? she seems tall

thank you for your great work admin.
if possible could you please translate gvg 772

Thanks RION for all the memorable faps over the years

Can you sub oksn videos? Thanks admin

GRCH-274 Please sub it has a good story line

Thanks Admin. Please you translate Ntr-061. I think this best netorare. Thank you.

can you please sub CJOD-098 Meguri, thanks

Hi admin, sorry for asking you this
But could you upload ur translate havd-837?

Thanks for the hard work admin! Sad to read that this was her last work. But if she is doing something that earns her good money or if she’s happy and healthy then I’d want nothing else for her. Is there any way to know her current status? Any social media, fan page or blog where I can know about her well being. Any recent news about her?

Girl of the month: Honda Misaki